Usually, digital health is not something you would associate with women’s healthcare, but in the last year, this area has flourished. An entire segment of digital healthcare for women has been established: from simple apps that track your menstrual cycle to complex wearables that measure health and stress, we are seeing more and more companies focused on helping women lead healthier lives. With products that are clever, effective and easy to use, these five companies stand out from the rest when it comes to digital healthcare for women.

This UK based startup seeks to tackle one of the biggest issues in women’s healthcare: infertility. Around 6.7 million women in the U.S. alone suffer from impaired fecundity, and DuoFertility is directed at helping these women to improve their chances of conception.

It works through a sensor that the woman wears on her body day and night. This sensor collects data about body temperature, movement and sleep cycles. This data is then used to calculate past and future fertility.

When it’s time to try, a handheld reader lights up to let you know. DuoFertility themselves claim to be able to help 80% of couples that are struggling to get pregnant.

This company specializes in tracking menstrual cycles and was launched in July 2013. Since then, it has become one of the top companies in its field.

Its tagline says everything: “Confident. Scientific. Not pink”.

In the app, the user can enter their mood, periods and general health. This is much more than a replacement for a circle in a calendar, however; through a scientific algorithm, Clue is able to predict a woman’s menstrual cycle and help keep track of PMS, periods and fertility in a simple and effective way.

Glow
The Glow app is also a tool for women to track their fertility. Like Clue, it uses an advanced period tracker, except theirs is focused on figuring out when a woman is most likely to conceive.

The built-in fertility program, Glow First, has been extremely successful; in the first year after its launch, it helped over 20.000 couples achieve pregnancy. By entering the program, women pledge to use the Glow app for the next ten months.

During this period of time, they pay $50 a month until they conceive. At the end of the ten months, the money is divided between the women who did not succeed in conceiving to help them pay for fertility treatment. They recently released an update that will help couples keep track of men’s fertility as well.

Bellabeat
Launched in late 2014, this digital health company was originally aimed at mother’s-to-be. They have now expanded to women’s overall health with the launch of Leaf, a wearable that keeps check on women’s health. Leaf stands out from other wearables by being aimed at ordinary women, and a lot of work has gone into making the design reflect that.

Although the device is small and elegant, it packs technology that is capable of tracking sleep and breathing patterns, stress levels, and physical activity. That’s digital healthcare for women in a fancy design nutshell for you.

With the accompanying app, women can combine their data with a period tracker. By analyzing this data, Bellabeat can recommend exercises to relieve stress and small changes in sleep patterns that will make the user feel more energized.

It is also possible to set a variety of alarms, in cases such as taking the pill or when you have been sitting still for too long. “We’re trying to help you understand different aspects of your health, not just trying to get you to jog every day,” co-founder Urška Sršen explained in an interview with the online magazine DigitalTrends.

Maven stands out from the rest of the digital health companies that focus on women. Instead of an app that tracks your general health, fertility or menstrual cycle, Maven’s app is more of a digital health clinic. The app easily and quickly puts women into contact with OB-GYNs, lactation specialists and midwives through video chat consultations.

The intention with this innovation based on digital healthcare for women is not to replace physical consultations, but to take care of the things that do not actually require a physical consultation — such as answering questions, giving out prescriptions or easing a person’s mind, especially regarding pregnancy. This way, women avoid having to book an appointment with their doctor and wait for weeks when the problem could have been solved with a phone call.

Digital Healthcare For Women: Moving Beyond Design and Functionality

Most of these companies mentioned above have women in leadership positions — they are made by women, for women. This is quite unique for an industry where the vast majority of companies are male-centered. Even the ones classified as “unisex” tend to ignore women’s health issues.

In an increasingly digital age, this means that there is a huge void to fill, and not just in apps and wearables focused on fertility and pregnancy. Women’s health is not all about babies, after all. An app aimed at sex education for young women in parts of the world where factual sex education is not available comes to mind.

In short, there is a wide array of possibilities when it comes to evolving digital health, especially now that the interest for it is expanding beyond manly men and health enthusiasts.

Are you looking for career opportunities in digital health? Here is the newsletter for you! 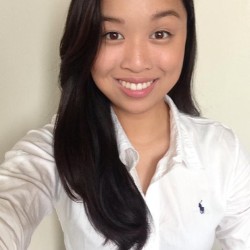 Kayleen Cheng
Kayleen is a last year BA student with a major in Development Studies at De La Salle University, Manila. She was born in the United States and spent her formative years in the suburbs of Glendale, California.

During her free time she loves to continue to stay active through recreational activities such as yoga, zumba, and circuit training. She loves to travel and has been to places in Asia and Europe where she embraces the food and culture of each place.