The French healthcare system has been in place and continued to evolve for more than one hundred years, and was classified the “best health system in the world” by the World Health Organization (WHO) in June 2000. The success of the French health system is evidenced in the general health of the French population. Their life expectancy increases more than three months each year, and French women have the second highest life expectancy rate in the world. But, like most countries, France faces problems of rising costs of prescription medication, increasing number of chronic diseases, and a large aging population. It is estimated that 20% of the French population, or 15 million people, suffer from one or more chronic diseases, the three major ones being chronic obstructive pulmonary disease (COPD), diabetes and cardiovascular disease. An ideal playing field for the innovation potential of digital health in France.

Full body with a hint of gym socks: the case for digital health in France

Yet, France is one of the most complicated markets in the EU for digital healthcare, eHealth, mHealth and telemedicine. The market potential in terms of number of patients, doctors, hospitals as well as healthcare spending is a fact which is supported by most of the mHealth practitioners. However, mediocre rankings in regulations, eHealth adoption by doctors and patients and the overall level of digitalization in the healthcare system is offsetting the market potential to a great extent. Companies from this country usually do not recommend and refuse doing mHealth business but this has not stopped the rise of several digital health startups.

Here we name some of those who dare to take risks when it comes to digital health in France:

Pixium Vision
Pixium was created in Paris, France in November 2011 as a spin-out of the Vision Institute and Université Pierre et Marie Curie, and based on collaborative work involving several leading academic teams across Europe. Founded by Bernard Gilly , went public on Jun 18, 2014. Their Headquarters are in Paris. The startup has received a $19.3M funding.

Pixium Vision is developing retinal implant systems for patients who have lost their sight, with the intention of improving their vision and enabling them to lead more independent lives.

The Company intends to harness the rapid advances being made in neural processing, micro-electronics and computing to develop retinal implant systems that for blind people could ultimately provide vision approaching that of a normal healthy Pixium’s first device, IRIS1 (Intelligent Retinal Implantable System), uses an epi-retinal implant (on the retinal surface) and is currently in clinical trials with the goal of obtaining CE Mark. A second generation system (IRIS2) based on the same format, but offering better visual acuity and featuring several breakthrough technologies, is also under development. In addition, Pixium is developing a sub-retinal implant system (IRIS3), based on further technological breakthroughs, which has the potential to improve vision significantly compared to IRIS1 and IRIS2.

Kolibree
Kolibree was founded in 2013 by Thomas Serval and is based in Neuilly-sur-seine, Paris, France.

Kolibree creates, designs, and sells connected toothbrushes that enable parents to follow their kids’ brushing with real-time feedback on tablets and smartphones.

Smokio
Smokio is a French company that develops and sells connected electronic cigarettes and innovative apps. The company is established in Paris, France, since 2013.

CorWave
Founded in 2011 by European incubator MD Start, CorWave concentrates on the development of new blood pumps for patients with severe heart problems based on a patented membrane wave technology.

Their headquarters are in Paris, France.

Boddy
Boddy is a growing professional network of French doctors. The company was estabilished in Bordeaux.

They offer a health improvement app with personalized medical advice that is easy to access.

So what may be the road ahead for the French digital health sector?

There have been several recent reforms, legislation and policy measures adopted by the French government with a view to modernizing health and social care delivery. “Rapport Gagneaux” (download as PDF), which proposes initiatives to improve the coherence of eHealth governance and “Hôpital, patients, santé et territoires”, responsible for the creation of ASIP, the French eHealth competence center, are both primary examples of policies aiming to improve the wide spread implementation of eHealth in France. Numerous French mHealth initiatives also aspire to provide an end-to-end solution to enhance patient-doctor relationships, thus improving a patient’s quality of life and lower health costs.

Naturally, ecosystem actors from the area of digital health in France should be further encouraged to proceed with their mHealth/eHealth business models, while governmental institutions should incentivise further digitalization throughout the healthcare system. In spite of all the difficulties, with its strong roots in healthcare and a large target group, France makes for a territory with exceptional assets for the development of digital health in Europe.

Are you looking for career opportunities with a European digital health company?
This is the newsletter for you! 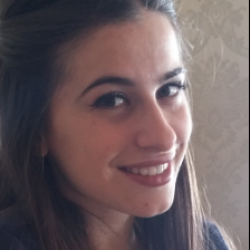 Morena Shkodra
Morena Shkodra is a senior medical student at the University of Medicine Tirana and topical author, highly interested in digital health. She is also passionate about reading and painting.