Naturally, it all started across the big pond.

In the United States, digital health hubs, especially digital health incubators and accelerators, have helped increase the speed of innovation and market penetration of technical/medical innovations immensely throughout the last years.

Major hubs for digital health are the San Francisco Bay Area, Boston, and New York. Companies in these three cities have received the most digital health funding in the first half of 2015, according to a new Rock Health report, and are home to many digital health startups, incubators and accelerators. We’ll take a closer look at what’s going on in each of these cities.

The largest startup hub of the country, the San Francisco Bay Area is also home to major healthcare research institutions like UCSF Medical Center and Stanford University, making it a natural spot for digital health companies to bloom.

In the first half of 2015, just over 50% of all digital health funding has gone to Bay Area companies, according to a report by Rock Health. The two single largest funding rounds of the year have been for Bay Area companies: Jawbone – a wearables company, with a round of $300 million USD – and NantHealth – a cancer care management company – which received $200 million USD. These two funding rounds account for 25% of all dollars funded so far this year.

San Francisco is particularly popular with wearable tech companies like FitBit, Jawbone, Misfit, and Spire, to name a few. Another growing digital startup in San Francisco includes Doctor On Demand, which allows physicians to provide consultations with video via iPhone, iPad, Android, and on the web. The company received a round of Series B funding in the amount of $50 million USD in the first half of 2015, the fifth largest venture rounds in digital health so far this year.

San Francisco is also home to incubators and accelerators that specialize in digital health, like Rock Health, Stanford University’s StartX Med, and the biotech incubator recently opened by Johnson & Johnson.

A center for innovation and entrepreneurship, New York has been a hub for tech startups, and is an increasingly popular spot for digital health companies. According to Rock Health, New York companies have received 11% of all digital health funding in the first half of 2015, tying it with Boston for the second most-funded hub in the US this year.

Some popular, growing digital health companies in New York include: 1DocWay, a telepsychiatry startup, Maven, which offers physician consultations for women over video, and AdhereTech, a smart pill bottle that measures doses, and intervenes when doses are missed.

Boston has become a choice location for many digital health startups, and for good reason. Space is more affordable than in other major hubs like New York and San Francisco, in addition to its proximity to top hospitals, research institutions, and talent from Harvard, MIT, and many other top-ranking schools.

Boston-based companies have received 11% of all digital health funding in the first half of 2015. Of the recipients of the six largest funding rounds so far this year, two companies are located in Boston – Virgin Pulse – Richard Branson’s venture into employee wellness – received $92 million USD, and Pill Pack – improving pharmacy services – received Series C funding of $50 million USD.

Some other popular and growing digital health startups in Boston include TelePro Health, which offers online doctor visits, and Wellframe, which allows care managers to engage via mobile with patients.


While many digital health companies are established in San Francisco, both New York and Boston are growing increasingly popular. Other areas with emerging digital health scenes include Chicago, Florida, Salt Lake City, and Austin.

Although most digital health incubators and accelerators are in the United States – a 2014 report says that about 76% are in the US – their presence is increasing throughout Europe. Rockstart in the Netherlands, Bayer’s Grants4Apps programme and Vertical in Finland are only three of a number of new digital health accelerators to watch.


We’ll do exactly that in our continued series on digital health incubators and accelerator programmes in Europe. Please subscribe to our newsletter to stay in the loop! 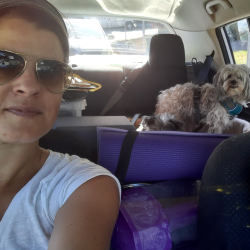 Stephanie Taube
Stephanie contributes research and content to startups on topics like leadership and digital health. In her former life, she was an academic researcher and policy analyst.

She has a Master's Degree in Public Policy from the University of California, Berkeley and is passionate about entrepreneurship and health.