The Future of (Digital) Healthcare: Scenarios, Challenges and Opportunities

Healthcare is an ever-changing field that is growing at a unprecedented rate. Due to new technological and medical advancements it is hard to predict or foresee what will occur in the future of digital healthcare, though from studying what we know now and the direction of the latest research a best guess can be made. As a result of these radical changes, healthcare will also face new challenges from which new opportunities can grow.

What does the future hold?

Obviously the future cannot be predicted accurately, though many educated guesses have been made. It is known that by the year 2030:

This will put even more of a strain on a healthcare system that is already struggling. However many argue that as awareness of personal health and the ability to track health using new gadgets, demonstrated by the rise of smartphones and now smartwatches health apps, the elderly will become ill less often and the healthcare systems will be placed under less pressure. With the rise of current health tracking trends that allow anyone to record what they eat and how many calories they burn during exercise as well as general health awareness increasing it is becoming easier than ever to stay healthy. However, this is only one aspect of the future of digital healthcare.

How is this potential in healthcare being utilised?

Currently there are many people working to push these boundaries of health tracking, and theoretically every aspect of health could be recorded from a personal device. This would allow users to study their own health in great detail and this healthier living would not only reduce the number of patients in the future digital healthcare system with illnesses but importantly would allow doctors to study the data recorded by the patient to better diagnose and treat them on a person basis. The effect of these advancements will be felt most prominently amongst the elderly, as disease that have a huge effect on life expectancy and the quality of life of the elderly, such as Alzheimer could be slowed, or even cured, and every aspect of their health tracked to ensure efficient treatment and most importantly prevention of disease. Although the face of healthcare will change, doctors will still have patients as they always have, though those that do choose to visit will be diagnosed more effectively and all of the data collected could be used to tailor medicines and treatments for specific people.

The Future of Digital Healthcare: With all advancements come challenges.

These advancements will bring some challenges, however. One disturbingly inevitable consequence of advancing understanding of genetics and disease will be genetic ‘hackers’.

The code for DNA works much in the same way as computer code and once properly understood is a powerful and simple tool that can be manipulated to insert DNA into viruses so they only effect certain populations or even family lineage, creating a new threat to a certain population that scientist will have limited time to create a vaccine for. Although this can start to sound science fiction, it is documented that South Africa has tried to do this in the time of apartheid, luckily failing due to lack of knowledge, knowledge that is now widely available.

The only real solution to this is to build a defense database that can detect, characterise and counter a disease within a few weeks. This would take a long time to produce due to its complexity though is not beyond out capabilities and would not lack any financial backing as the money made back on the project would offset any money spent. This is a prime example of an opportunity arising from a serious challenge to the future of digital healthcare and the industry overall.

Large leaps in the development of healthcare are on the horizon and some are taking place right at this moment, though there are several steps needed for the biggest changes to take place. There is potential in a secure cloud based system that needs to be created to use in the storage of medical records and all health tracking done online in a place that cannot is secure to the person it is about, and government legislation in the healthcare area needs to change to reflect the advancements made. A focus on processing so called ‘big data’, the large quantity of data that will be recorded by those with access health tracking technology is probably going to be next step in the road to more effective healthcare.

Do you want to follow the latest developments and proceedings of the digital health industry? This is the newsletter for you.  Subscribe and always on top of the latest industry updates that define your digital health career opportunities. 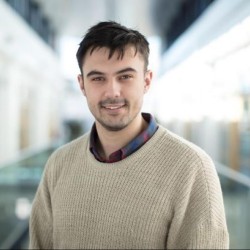 Jack Kelly
Jack Kelly is a third year Biomedicine student from the United Kingdom studying at the University of East Anglia.

When not writing and reading, he can be found outdoors in all weathers training for triathlons.